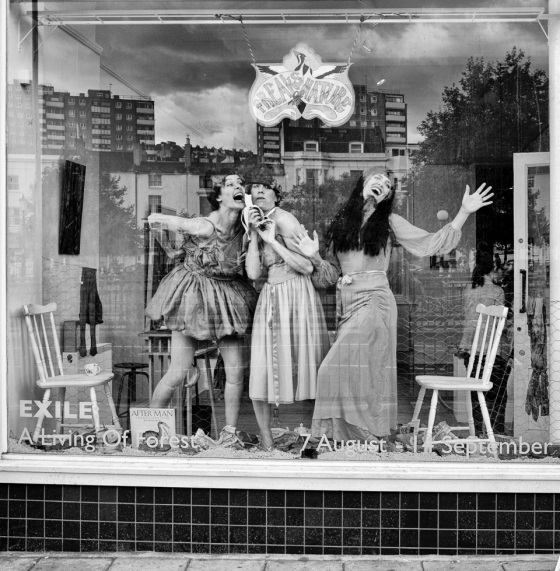 “Freaks of Nature is what we are, Genetically modified by our dear departed Papa…”

Be amazed and bewildered by the weird and wonderful results of one man’s lifetime obsession – creating the perfect Showbird. These troubling hybrids are showgirls of a bygone era crossed with extinct birds from around the world. The Frankensteinish father of these bizarre creatures is now long gone but his extraordinary family lives on, locked into a life on the road, wedded to the unending show. Freaks of Nature is Feral Theatre’s new walkabout clown show. It asks challenging questions about gender stereotypes and assumptions; genetically modified organisms; spectacle and complicity.

Freaks of Nature. Circus-inspired clown street theatre show about extinction and rarity value. Development has included a durational performance at Onca Centre for Arts and Ecology, performing in the woods at Carrying the Fire 2014, and a devising residency in March 2014 at Jacksons Lane as part of Transmit. Directed by Marisa Carnesky. New film coming soon; we plan to tour the work as street theatre piece in 2016.